5 factors that will depict the Spanish property market in 2019.

In 2019, the Spanish property market will continue to be dynamic and wide-ranging, with lots of opportunity for investment. Various experts agree that this is due to the continued improvement and growth of the Spanish economy.

The Spanish property market is forecast to be one of the Eurozone’s best markets in terms of growth, particularly in the residential property sector.

In this article, we will look at 5 factors that will determine the Spanish property market in 2019…

An increase in sales

According to the general director of Compracasa, Toni Expósito, housing transactions will continue to increase in 2019, although they will do so at a slower pace compared to 2018. This will lead the market to experience a “certain stabilization”. A factor influenced by the demand of younger buyers to step onto the property ladder. According to Gonzalo Bernardos, economist and professor at the University of Barcelona, younger buyers will enter the property market due to “the rise in wages, high rental values and increased bank financing “.


A moderation of prices *(in some areas of the country)

In 2019, housing prices will continue to rise. Although they will, in the opinion of Luis Corral, CEO of Foro Consultores Inmobiliarios, rise at a “gentler” pace compared to recent years. Corral argues that in some places in Spain housing values have already reached their ceiling “and are at the limit of the capacity of homebuyers “. The same opinion is shown by Jesús Duque, vice president of Alfa Inmobiliaria, who believes home prices need to be moderated, to instil an advantage and tranquility in the current increasing market.

(Note: It would be interesting to know which areas they are referring to here as prices continue to rise in areas popular with foreign buyers)

The second-hand market will be the flagship

Most professionals agree that it’s the second-hand housing market that continues to be the rudder that will steer the sector in the coming months. According to Corral, this is due to the fact that in many areas of the country, “there is no possibility for new builds, given that there is no land available”.

This shortage is also due to the added difficulties for promoters to obtain building licenses, comments Duque; who denies that the new build sector “is going to be an excessively dynamic market” in 2019.

Gonzalo Bernardos is of the same opinion. He emphasized the difficulties that the promotor sector will go through. “Whilst banks continue to decline financing for new promotions, the demand for pre-sales drops between 50-70%. Essentially strangling the new build market.”

The importance of the foreign buyer

In 2019, Spain will remain an object of desire for the foreign buyer. According to the latest data from the Ministry of Developments, during the first nine months of 2018 Spanish property market transactions by foreign buyers increased by 5.7%, reaching 66,575 operations. Expósito predicts that this trend will carry on into 2019, as foreign buyers continue to acquire residential properties in Spain, “either as an investment, vacation home or retirement place”. A behaviour that should be welcomed in his opinion, “especially on the Costa del Sol, in the Levant region and in both archipelagos”.

In 2019, investors are expected to occupy a smaller percentage of the Spanish property market. (In 2017, they accounted for 55% of demand). A change in their behaviour is also expected. It is possible that investors will shift their sights from prime areas, already demanding prime prices, to “worst areas of big cities”. This is expected in not only Madrid and Barcelona but in other cities such as Valencia, Zaragoza, Bilbao, Granada or Vitoria.

These five factors were originally published in an article in Spanish on Pisos.com 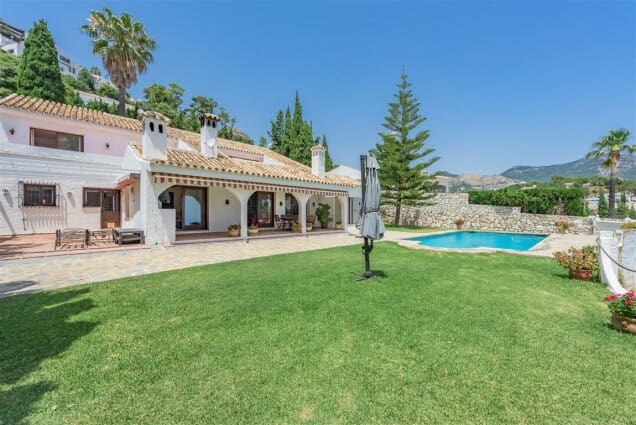 Are you ready to find your ideal property in southern Spain?

Join our mailing list to receive the latest news and updates as soon as they are published.

You have Successfully Subscribed!